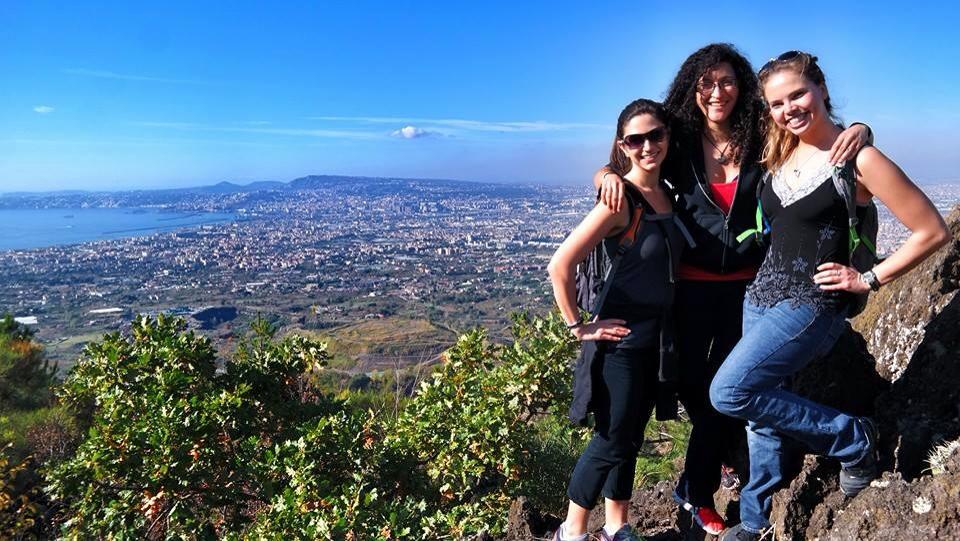 My recent discovery, an article in the Business Insider UK, has shaken my world a little bit. “Why no one wants to travel to Naples” was a headline that immediately caught my attention yet I couldn’t have guessed that an article implementing such a poor level of journalism could have been published in a leading UK magazine. Read the piece of crap here.

Now, in case you are interested in learning some up-to-date information that has not been mixed with bizarre statistics and incorrect facts about Naples, read on.

THERE IS AN INCREDIBLE AMOUNT OF STUFF TO DO AND SEE IN NAPLES.

One of the best things about Naples is that it is not a crowded tourist hellhole. Tourists are often unaware of the gems of the city, but once found, they will be shocked to realise that there is no two-hour queue to enter the landmark. This will save you not only time but also a great deal of frustration on your holiday.

The Historic Centre of Naples is a UNESCO world heritage site.

I bet there are not that many cities where you can go visit an ancient underground network of tunnels beneath the modern city. See my blog post about our visit in Napoli Sotterranea here.

Museo di Capodimonte not only has a great collection of art but the park and the view are also spectacular.

The National Archaeological museum has a section dedicated to sex and penises.

There are so bloody many churches just around every single corner that you could not possibly visit even half of them during your holiday.

Riding tours on an active volcano (which also happens to be the world’s most dangerous one, although I’m not sure if that is a great selling point… However, horses would sense an upcoming eruption long before humans would so being around them could actually save your life). Book your Vesuvius Horseback Riding Tour here.

Graffiti, more or less artistic, can be found just about everywhere.

Stazione Zoologica is the home to the oldest public aquarium in Europe. Photo via SZN.

The stations of Metropolitana di Napoli look bloody amazing. Each station is designed by a different architect.

Pompeii, one of the world’s most visited archaeological sites, is only a short ride away. Photo by Jon Berghoff.

The Amalfi Coast is considered one of the most beautiful coasts in the world. Hire a car and you’ll be there in 1.5 hours. More on the Amalfi Coast in my blog post here.

Caserta Palace is a 40 minute ride away. I wrote about our visit there in this post.

The islands of Capri, Ischia, Procida, Ventotene and Ponza surround the Bay of Naples.

NAPLES HAS, HANDS DOWN, THE BEST FOOD IN ITALY.

Wait, does this mean that Naples has the best food in the world? Wouldn’t doubt it.

Riccia has a crispy outside and a creamy inside…

Let’s not even get started with the seafood…

Let the photos speak for themselves.

NAPLES IS THE CITY OF LOVE

Although often overlooked by tourists, I consider this an essential element about Naples. One cannot really understand the soul of Naples without acknowledging that the city is all about love, emotions and passion.

Graffiti around the streets of Naples may look disturbing to someone visiting the city for the first time, but once you realise that the majority of them are just love letters from one lovestruck teenager to another, your heart melts. Ti amo Maria and Mi manchi Francesco seem to be written all around the city.

Imagine St. Valentine’s day in Naples: couples walking hand in hand, immigrants selling roses to bypassers on the streets (and the women getting offended if their partner doesn’t buy them one), and restaurants decorated with heart shaped balloons, offering only San Valentino‘s special menus. This is the most romantic day of the year and Neapolitans are not afraid to show the love.

In fact, PDA’s (public displays of affection, what a terrible term) are a common sight on the streets of Naples all year round.

NAPLES IS THE MOST UNIQUE CITY IN ITALY

Now that was a bold statement, but certainly not any bolder than the “facts” stated in the Business Insider article.

Just like the streets of the city, the people of Naples are also colourful, lively, warm and fun. When I first met my boyfriend (who would probably like me to state here that he himself is Sicilian, not Neapolitan) and started my regular visits to Naples, I did not understand a word in Italian nor the locals a word in English, but somehow I always found myself in conversations with locals, feeling like we were already friends.

Something that should be taken into account when comparing Naples with the glorious and clean Northern Italian towns is that Naples is one of the few cities that has been continuously inhabited for over 3000 years. That means Naples existed long before Rome, Milan or Venice. It is a city that has seen it all and survived it all, whether it was a powerful eruption of a volcano, an invasion of the Greeks, Normans, French or Spanish, or the ground being sabotaged by toxic waste by the mafia. Naples has almost always been poor and thanks to that, the poor man’s kitchen, cucina povera, and pizza, a street food dish for poor people, were born. (Edit: Naples has not indeed always been poor; Naples used to be the capital of the Kingdom of the Two Sicilies.)

Naples has always highlighted its Greek heritage, even in the Roman times, and is proud to be considered different from other Italian cities and towns, holding the head high while doing so. Neapolitan dialect is still alive and well, and people a little louder and prouder than elsewhere. It is not a surprise that writers and artists from Oscar Wilde to Andy Warhol have been inspired by the beauty of the city – the rustiness, the loudness and the liveliness of it.

I guess Naples is not a city for everyone, though. There are travellers who are not willing to step out of their comfort zone and wander to streets where the sightseeing bus tour won’t take them, and tourists who cannot be bothered to learn a word or two in Italian to know what they are ordering in a restaurant where no one speaks English. Some are frightened by rumours of high rates of criminality and don’t realise that Barcelona and London are cities where you are just as likely to become mugged or pickpocketed, and that Camorra, the Neapolitan mafia, does not mean a bunch of criminals going around the streets culling tourists as they come.

Yes, the traffic rules may be only suggestions in Naples and the drivers complete maniacs, the train station may look dreadful and spotting stray dogs may break your heart, and you may have to rise your voice from time to time to get what you want. However, every city has its faults. Wouldn’t it be justified to excuse this ancient, way too densely populated city from a few of her defects? Because once you let yourself to go with the flow and the city to embrace you, I guarantee that the Neapolitan people, culture and all the treasures will give true meaning to the old proverb, “Vedi Napoli e poi muori!“.

I would like to thank a recent post on the Napoli Unplugged Facebook page for giving me the inspiration to write this post. I was glad to see I was not the only one with a word or two to say about the Business Insider article.

Edit 10.8.2015 : Some typos corrected, a note about the Kingdom of the Two Sicilies added.

Next post
We use cookies to ensure that we give you the best experience on our website. If you continue to use this site we will assume that you are happy with it. Cookies PolicyOk